A Moana Bed for our little 'Moana'

The lengths we parents go to for our little ones! Here are the pictures of the end result of turning a simple Ikea bed into a Moana bed.

Our eldest has outgrown her toddler bed and she had her heart set on a bunk bed for her and her beloved baby sister. However, her baby sister just turned 3 months so it's going to be a while before they can share a bunk bed! After discussing this with her, she agreed that we can get her a transition bed. And it had to be a Frozen bed because she happened to see some catalogues that came in the mail and of course, they had a Frozen bed. I feel like Disney owes us something, I don't know what, but something, because we seem to be single-handedly funding them via their Frozen franchise. Ok, I'm exaggerating. She really doesn't have that much, but enough. And don't get me wrong. I think Frozen is a cute movie (I love Kristen Bell and she's amazing as Anna) and I definitely get why kids love it. But it's not my favourite. It might be all that ice! I'm from the Pacific! We're all about sun and greenery and colours!

Anyway, we were going to get her that Frozen bed but then we saw the measurements and it wasn't that much bigger than her bed. Technically, she should've been able to use her current bed a little while longer but she's very tall for her age. We found that all the Frozen beds availabe heret were all the same length. That's when her father suggested just getting a regular bed and "frozenizing" it ourselves.

But! Then all the promo for Moana started and of course, we fell in love with the trailer and knew our little one would too. Sure enough, one look and she was asking when she could see it. Her father suggested we wait with the bed a little since it was close to the Moana release and she just might end up wanting a Moana bed. Good point.

Sure enough, when we finally saw the movie and she was given the option, the immediate answer was she wanted a Moana bed. I promise I did nothing to sway her mind! Really!... Her dad did that. He's an even bigger fan of the movie (and the Pacific) than I am. But honestly, he didn't have to do much. She loves the movie and even more after I answered all her questions about the movie and she was able to comprehend that she is also partly from the Pacific, the same place Moana is from. That last part is very, very important. (Thank you, Disney. Good on you for realizing there is a bigger world out there filled with many, many different ethnicities and cultures. It's important for little kids to know and see that).

So, after several evenings of covert bed-makeover when she was sleeping), her bed was done and we surprised her with it. Needless to say, it's a hit and there has been no mention of Frozen or a bunk bed since. She loves her Moana bed so much that she wanted to go to bed right away after the big reveal. But it was 4pm so that was another discussion.
As for us, the bed definitely turned out better than we thought. Definitely not bad for a simple Ikea bed! So, in case you're looking for a little makeover idea, here are the before and after pictures. 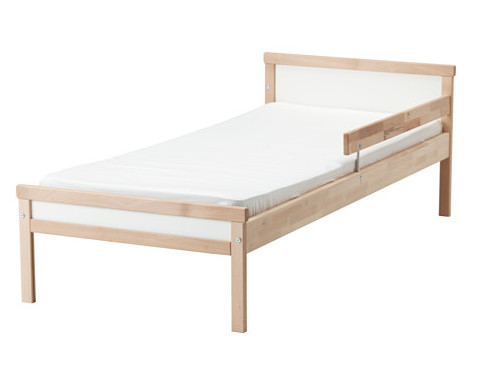 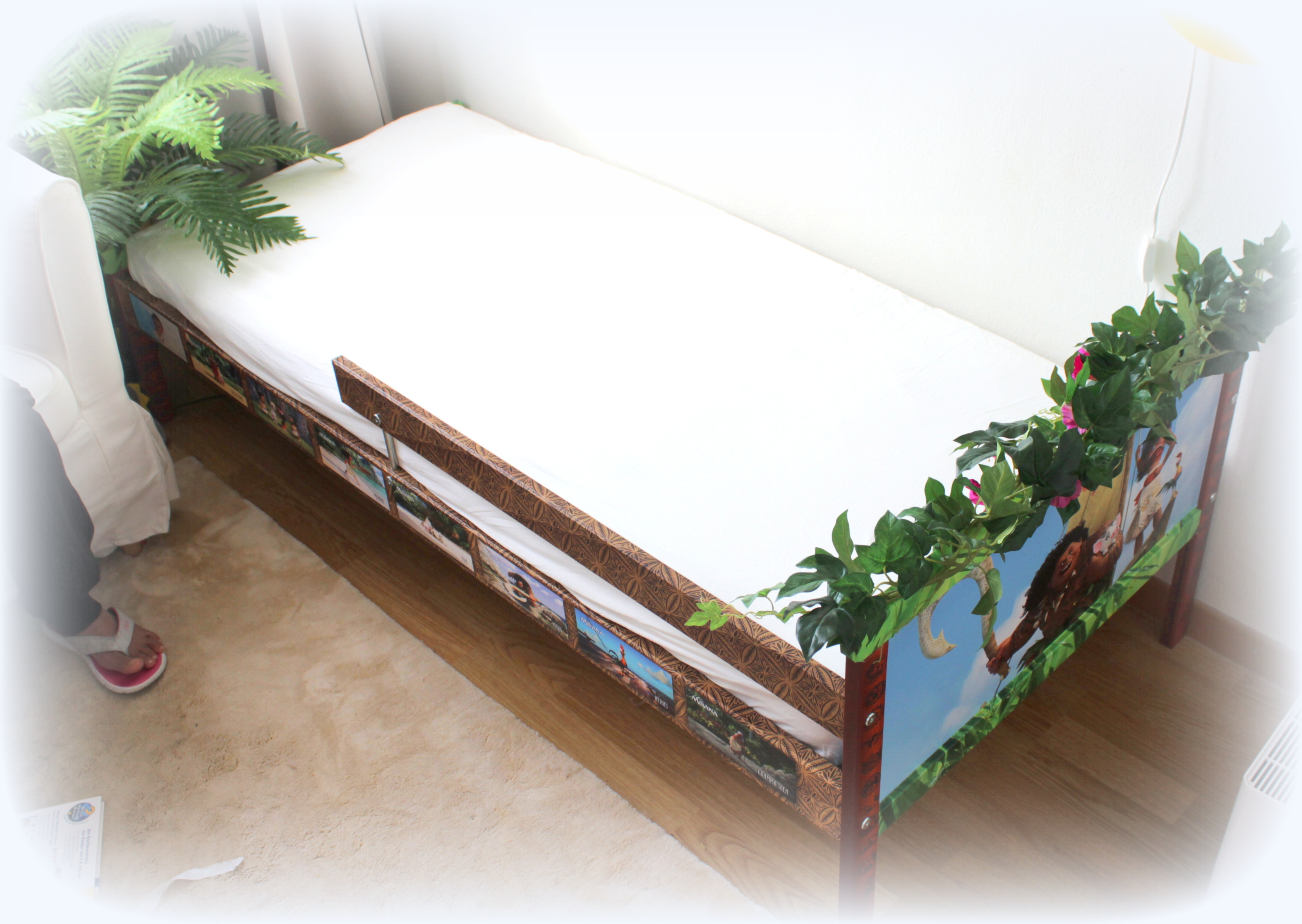 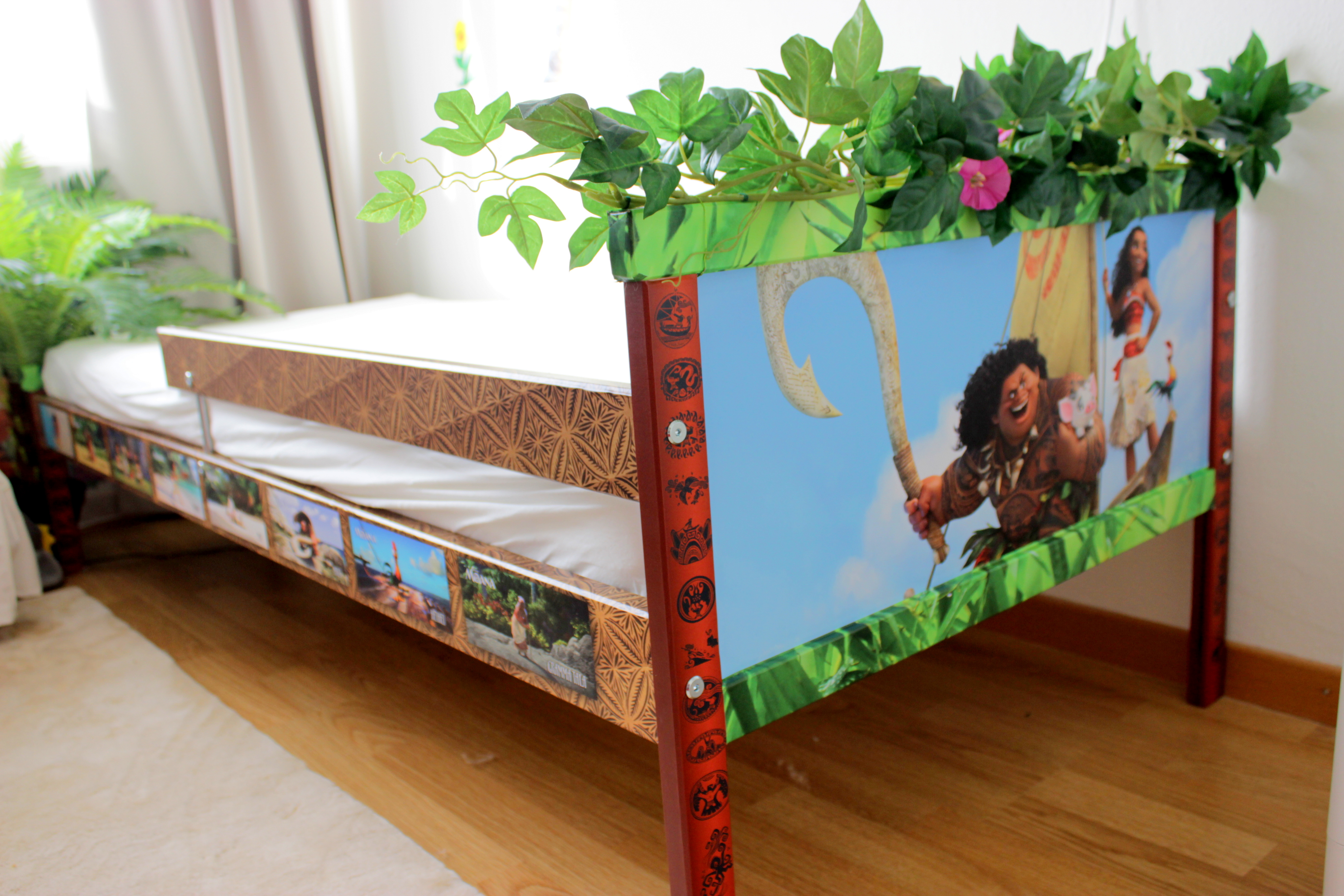 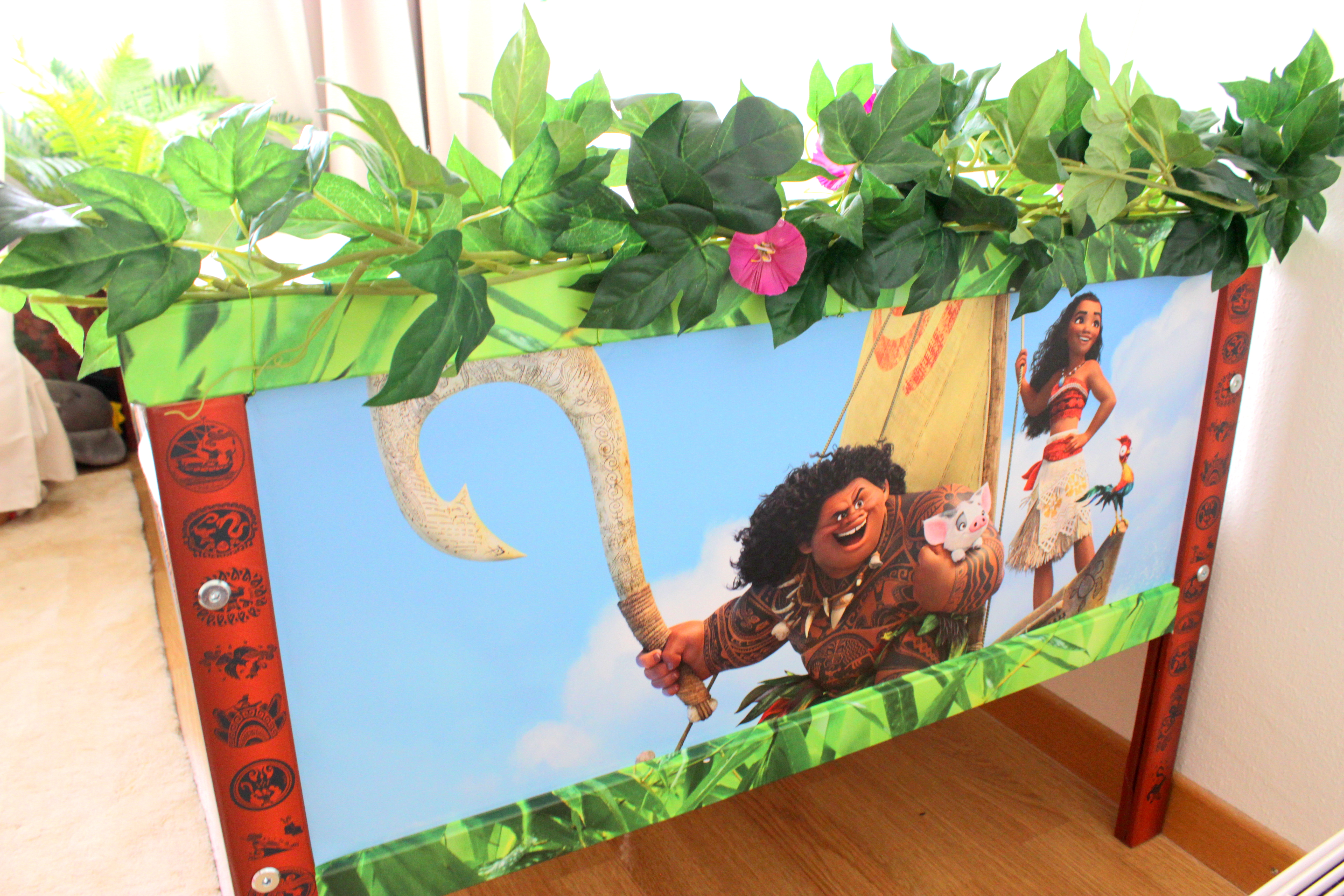 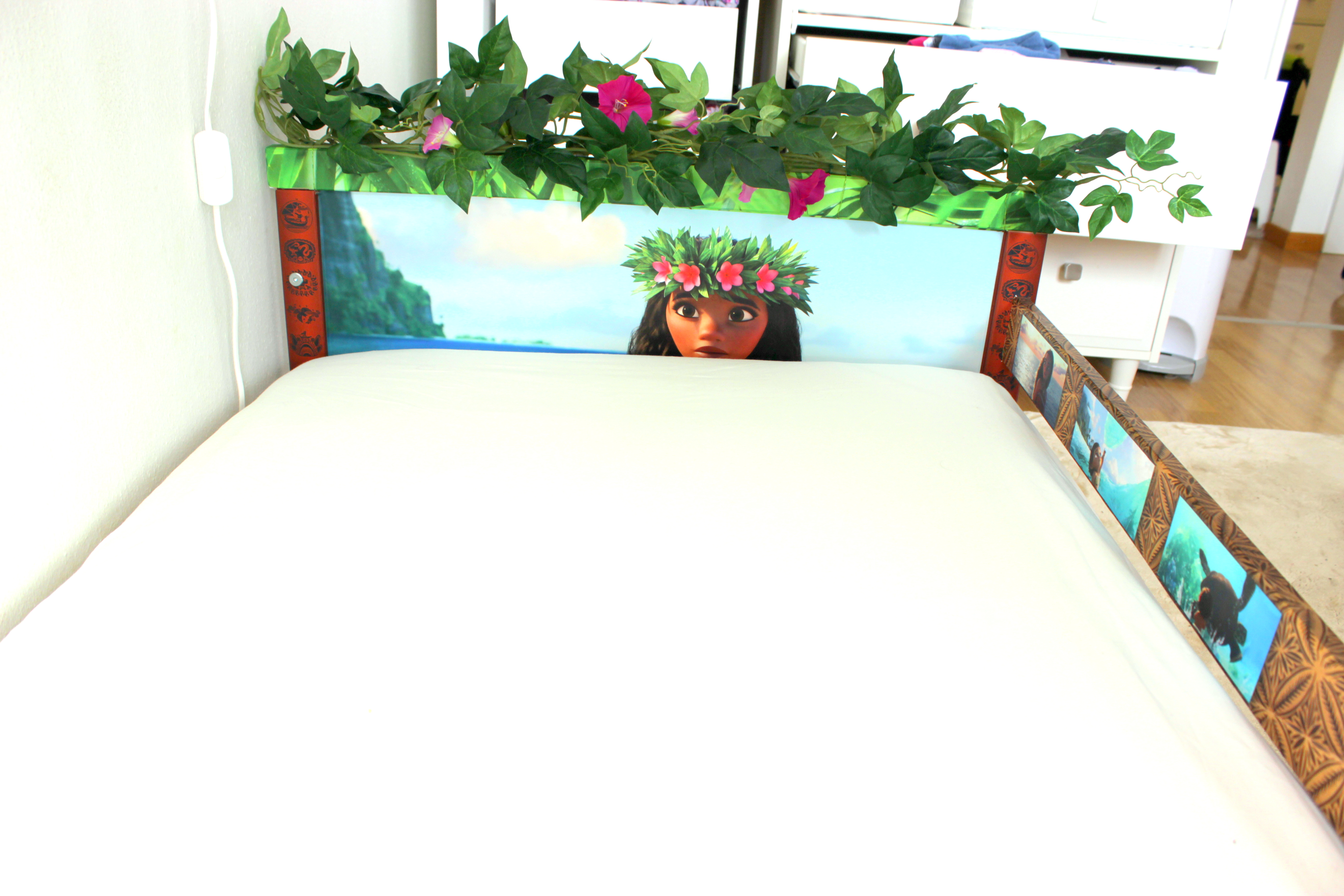